Almond pollination season is approaching, and with it, come concerns. "A concern each year...is how many honey bee visitation hours occurred during bloom," writes Extension Apiculturist Eric Mussen... 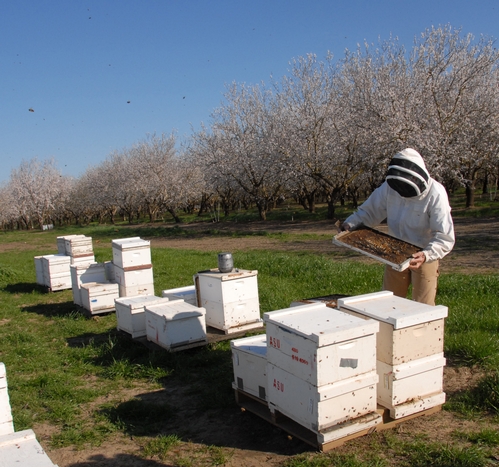 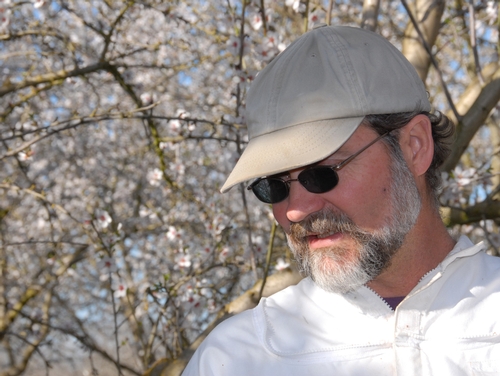 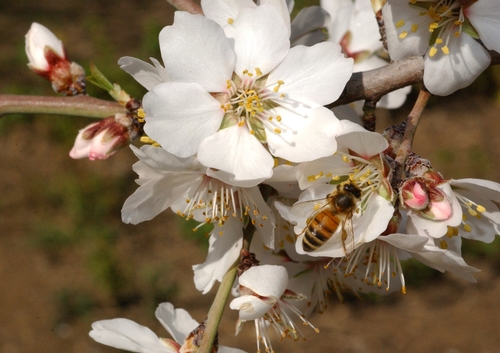 The noonhour seminars sponsored every Wednesday through March 10 by the Department of Entomology, University of California, Davis, are drawing widespread interest. And delightedly so. Many... 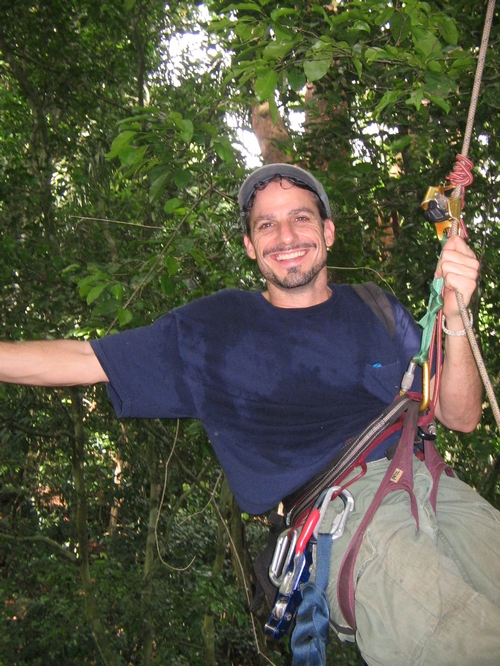 TROPICAL ARTHROPOD ECOLOGIST Steve Yanoviak, shown here in a rainforest canopy in Peru, will speak on Wednesday, Jan. 13 at a UC Davis Entomology seminar. Yanoviak is with the Department of Biology, University of Arkansas. (Photo courtesy of Steve Yanoviak)
Posted on Monday, January 11, 2010 at 5:37 PM

Talk about singing the blues. Specifically, the noted "Blue King" (Aster amellus), a member of the sunflower family, Asteraceae.This is one flower that deserves its own chorus.At the Harry H.... 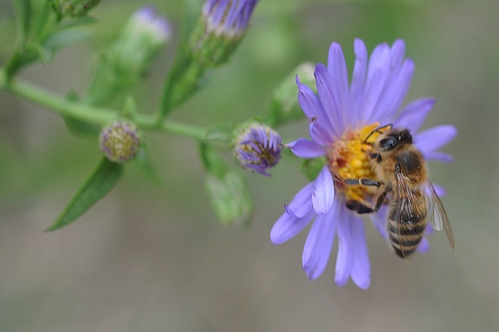 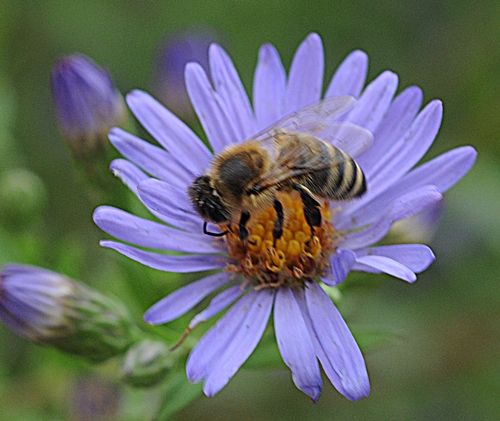 WORKING THE FLOWER, the honey bee collects food for her nearby hive.(Photo by Kathy Keatley Garvey)
Posted on Friday, January 8, 2010 at 6:22 PM

James R. Carey is used to dissent. The entomology professor at the University of California, Davis, fervently believes that the Mediterranean fruit fly and light brown apple moth, two exotic and... 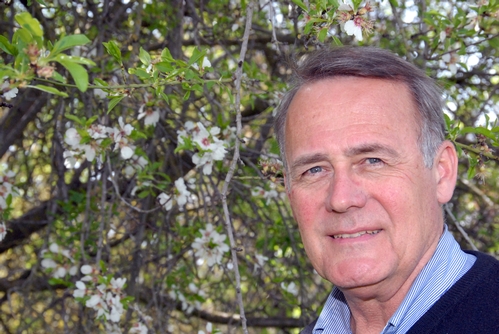 UC DAVIS ENTOMOLOGIST James Carey believes that the light brown apple moth has long been established in California and cannot be eradicated. He is featured in the Jan. 8 edition of Science Magazine in a NewsFocus piece headlined "From Medfly to Moth: Raising a Buzz of Dissent." (Photo by Kathy Keatley Garvey) 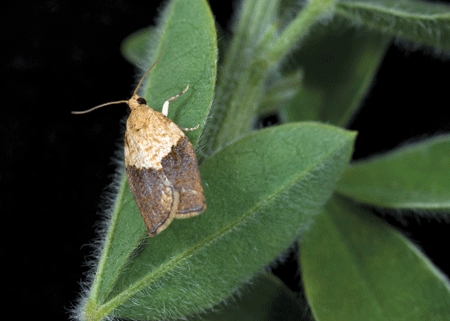 LIGHT BROWN APPLE MOTH (adult shown) is a native of Australia. Its larvae have voracious appetites and feed on more than 2000 plant species. (Photo courtesy of the U.S. Department of Agriculture)
Posted on Thursday, January 7, 2010 at 6:00 PM 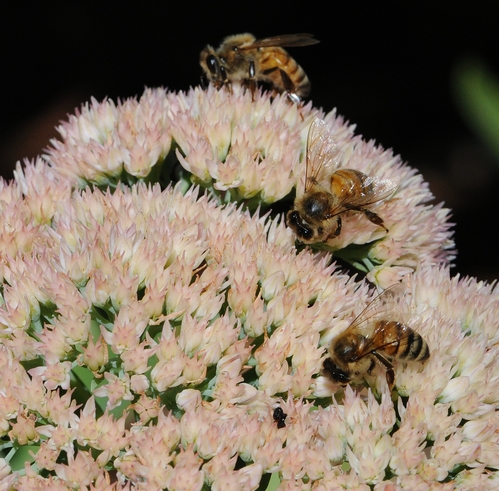 HONEY BEES foraging on sedum in a photo taken in September 2009. (Photo by Kathy Keatley Garvey) 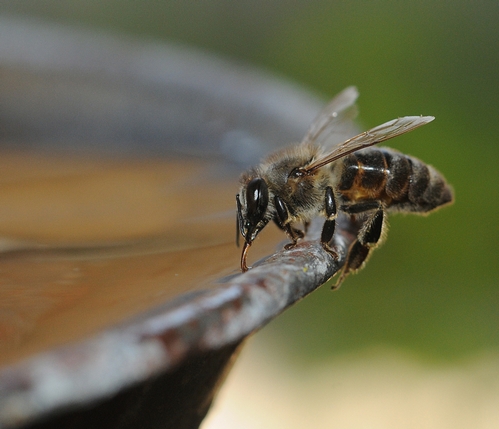