All Hail the Honey Bee

All hail the honey bee.  Tomorrow  (Saturday, Aug. 22) is the first-ever National Honey Bee Awareness Day, as proclaimed by U.S. Agriculture Secretary Tom Vilsack. It's "hive time" this insect has... 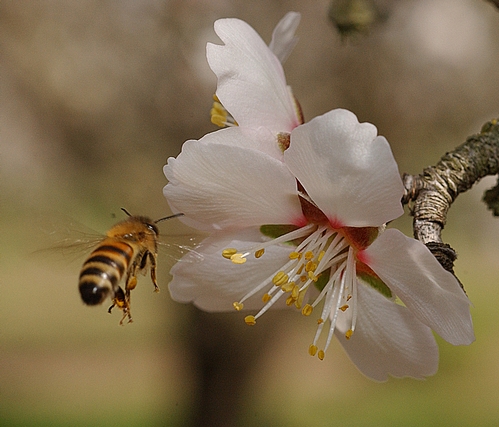 HONEY BEE heads toward an almond blossom. Saturday, Aug. 22 is National Honey Bee Awareness Day. Without honey bees, we would not have almonds. Two hives per acre are needed to pollinate California's 700,000 acres. (Photo by Kathy Keatley Garvey) 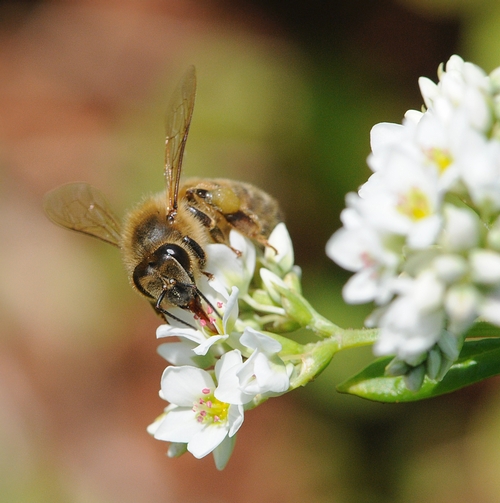 Inside the World of Bees Gleanings from the Western Apicultural Society's 31st annual conference, being held in Healdsburg this week under the direction of president Eric Mussen, Extension apiculturist and member of the UC... 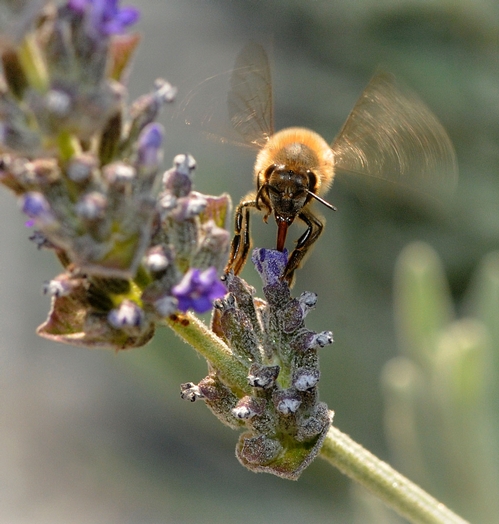 HONEY BEE wings in motion. The bee can fly a distance of two to two-and-a-half miles. (Photo by Kathy Keatley Garvey)
Posted on Thursday, August 20, 2009 at 4:42 PM The Western Apicultural Society (WAS) conference, taking place this week in the Dry Creek Inn, Healdsburg, is drawing a lot of interest.Extension Apiculturist Eric Mussen, member of the UC Davis... 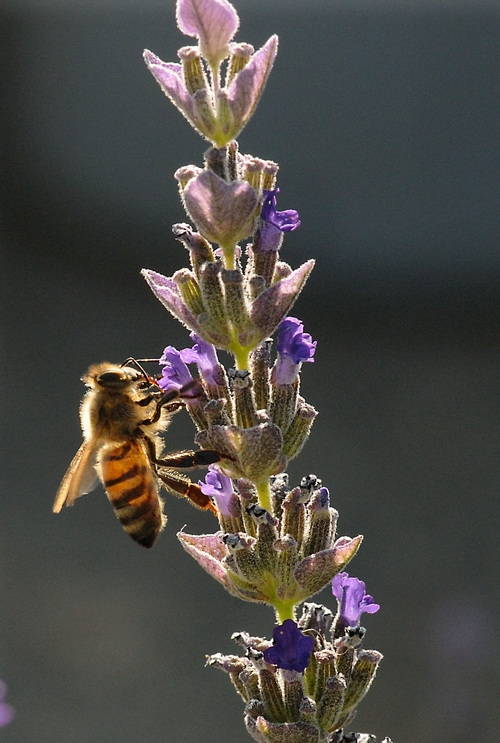 HONEY BEES are nectaring outside the Western Apicultural Society conference in Healdsburg. The key subject at the conference: bee health. (Photo by Kathy Keatley Garvey)
Posted on Wednesday, August 19, 2009 at 10:07 PM Look for the fiery skipper (Hylephila phyleus) in your garden. It's likely sharing your catmint, lavender and sage with honey bees and other pollinators.It's the only one holding a "fighter-jet"... 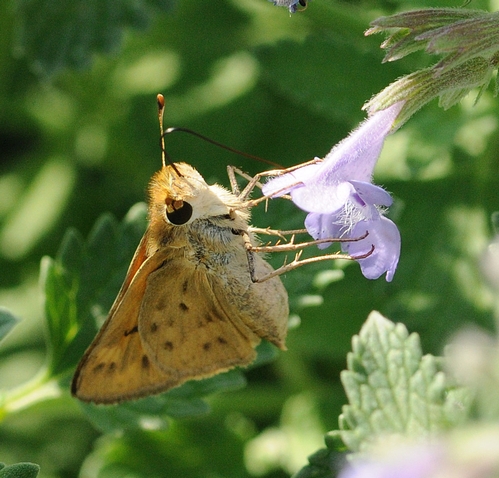 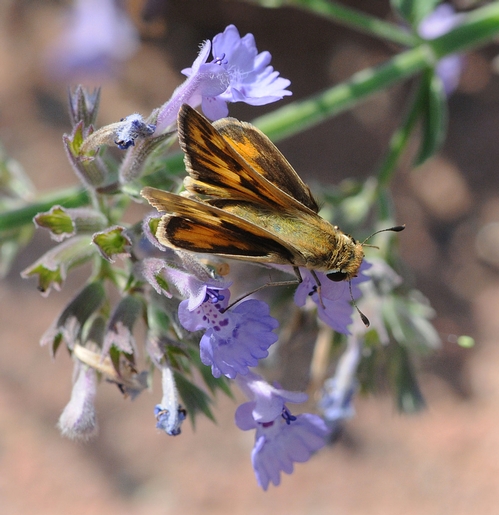 FIGHTER JET--The fiery skipper in a fighter-jet position. (Photo by Kathy Keatley Garvey)
Posted on Tuesday, August 18, 2009 at 8:20 AM It's smaller than a honey bee.And faster and louder.Anthophora urbana, a solitary, ground-nesting bee, frequents our garden to nectar the catmint, lavender and sage. Sometimes the forager's buzz is... 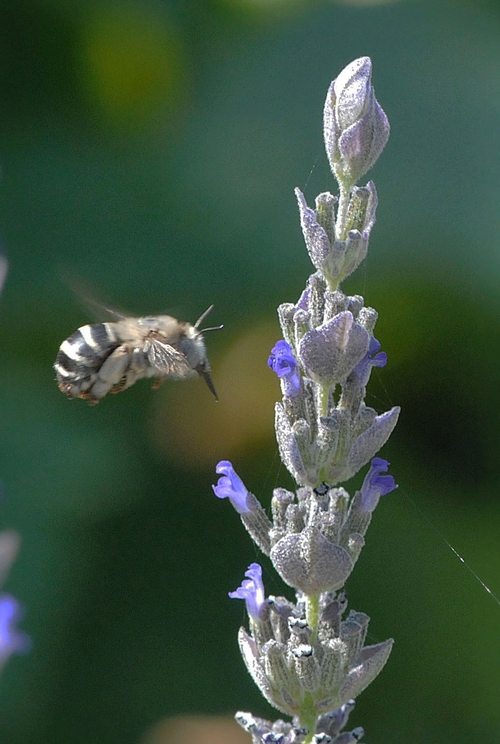 WITH TONGUE EXTENDED, Anthophora urbana heads for lavender. It's known as a rapid forager. (Photo by Kathy Keatley Garvey) 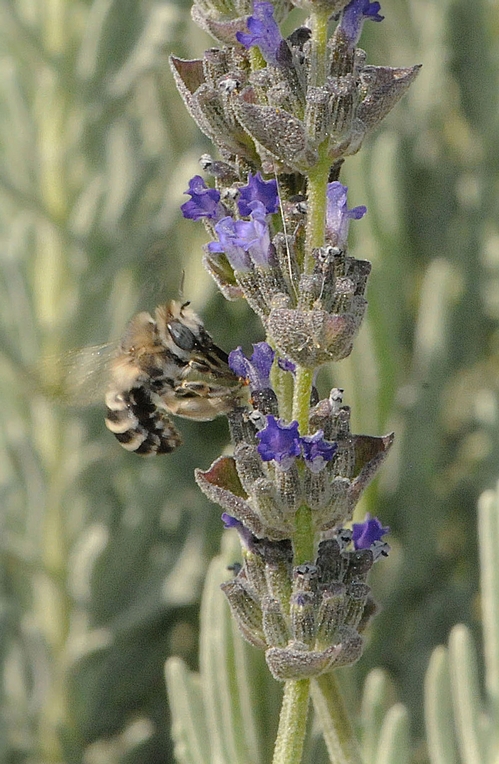