Shirley Luckhart, Edwin Lewis, Anna Drexler and Nazzy Pakpour ought to be dancing. They're probably not, though. They're too busy doing research. They're the UC Davis scientists who worked on a... 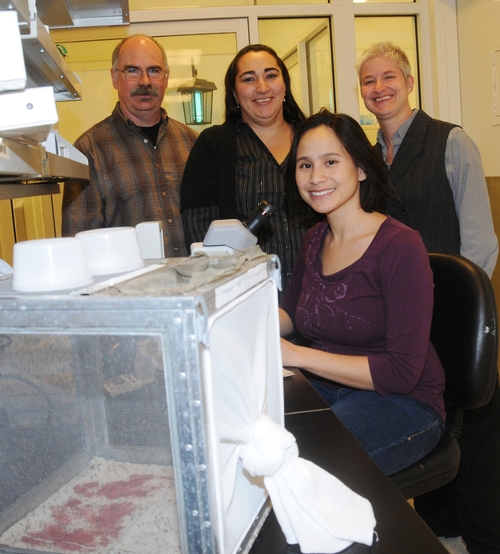 TARGETING MALARIA--This is the UC Davis team that co-authored research (with University of Arizona scientists) that made Time Magazine's "Top 50 Inventions of 2010"--the malaria-proof mosquito. In front, at the microscope, is entomology doctoral student Anna Drexler. In back (from left) are professor Edwin Lewis, postdoctoral scholar Nazzy Pakpour, and professor Shirley Luckhart. In the foreground: anopheline mosquitoes. (Photo by Kathy Keatley Garvey)
Posted on Friday, January 7, 2011 at 6:44 PM 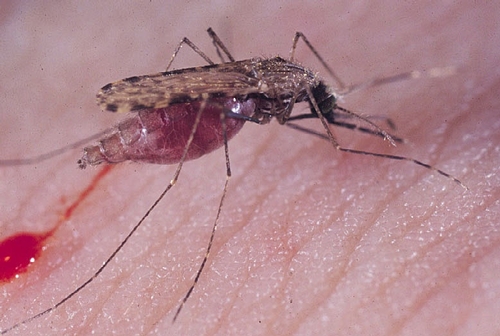